Marvel's Avengers Assemble[1] is an American animated television series based on the fictional Marvel Comics superhero team the Avengers. It is the third series to feature the Avengers after The Avengers: United They Stand and The Avengers: Earth's Mightiest Heroes. The series was picked up by Disney XD, along with Hulk And The Agents Of S.M.A.S.H., and debuted as a special one-hour preview on May 26, 2013 with the series premiere officially airing on July 7, 2013.[2] However, the first episode was released online on May 20-25 2013[3] and was available in high-definition for free on iTunes. Inspired by the 2012 film adaptation, the series follows the adventures of the Avengers consisting of Iron Man, Captain America, The Hulk, Thor, Black Widow, Hawkeye, and newcomer, The Falcon, who is meant to be the eyes of the audience.[4]

"The record-breaking blockbuster film Marvel's The Avengers gave worldwide prominence to the most popular super hero team- Iron Man, Hulk, Captain America, Thor, Hawkeye, and Black Widow. Marvel's Avengers Assemble reunites the team, along with newcomer Falcon, marking the first time in animation history this distinct team of heroes will join forces. Led by Iron Man, the heroes train and live together in their new headquarters in Avengers Tower. The planet's most dangerous villains don't stand a chance when the Avengers assemble, whether they are stopping Doctor Doom from conquering Asgard, Attuma driving the Atlantean Army into New York City or Dracula unleashing vampire hordes, the Avengers must work together to succeed."
―Official story description[5]

Each episode is designed to be stand-alone, with a cold opening and a focus on a character or set of characters. During the thick of an episode, the screen format will switch from widescreen aspect ratio to a letterboxed 2.35:1 compromise ratio, this, like many recent television shows, is produced to give the impression of a cinema film. After the scene in question is over, the picture will revert back to widescreen.

The first season consists of 26 episodes.[6] To accompany the episodes, Marvel Comics is producing a monthly tie-in comic starting in October of 2013, as well as a creator commentary into the previous day's episode with an exclusive interview with Supervising producer Cort Lane hosted on the Marvel website as of the episode "Ghost of a Chance". In the United States, the first two episodes of the series were shown together in a one-hour premiere event.

A second season is currently in development, as per an interview with Bleeding Cool and Man of Action's Joe Kelly.[7]

"The Avengers movie has been the ambassador to the world for the Marvel Universe so we want a show that has the feel and the tone and the incredible adventures like that movie. So the next project that we're working on — and this is down in our lab, top secret, with the S.H.I.E.L.D. agents protecting us at all costs is Marvel's Avengers Assemble, which will be a brand new and really extraordinary looking animated series dealing with the Avengers in that same world."
―Jeph Loeb to TVGuide.com

Although The Avengers: Earth's Mightiest Heroes series had been going strong on Disney XD in its second season, the success of Marvel's The Avengers feature film caused Disney to ask for a new Avengers animated television series. Beforehand there were rumors circulation for months that Marvel would cancel Earth's Mightiest Heroes and supplant it with another Avengers series[9][10] and in mere weeks, news arrived in an press release announcing that Earth's Mightiest wouldn't be renewed for a third season and Marvel was moving forward with plans to create a replacement. A promotional image from the show, a trade image featuring designs which are not final, has been made public[11]. Initially, Marvel denied this development. On June 12, 2012, in an interview with TV Guide Jeph Loeb and Joe Quesada officially announced the series, formally ending The Avengers: Earth's Mightiest Heroes. Earth's Mightiest Heroes had only fifty-two episodes ordered, the two seasons, and Marvel chose not to order beyond that. That series would finish in late 2012 with the new series beginning in 2013 along with Hulk And The Agents Of S.M.A.S.H..[1] Loeb credited the success of the feature film, Marvel's The Avengers for the project's genesis.

From top to bottom: Color storyboards for Hulk, Iron Man, and Thor.

Around the time of the interview, pre-production had begun on the series had already begun. It is realized as a 2-D/3-D computer animation combined project created by Marvel Animation division. The project is produced completely in-house along with Ultimate Spider-Man and Hulk and the Agents of S.M.A.S.H.; however, the creators draw inspiration from the 2012 live action Marvel's The Avengers theatrical feature, both in terms of design and character roster. Captain America, Iron Man, Thor, the Hulk, and Black Widow with the addition of newcomer The Falcon making up the main roster. Loeb and Quesada stressed that the line-up was to match the Marvel Cinematic Universe, fueling rumors that Falcon would appear in the sequel to Captain America: The First Avenger.[12] The creators kept the goal in mind to make the series accessible to both an initiated and uninitiated audience. They decided upon Falcon to be the "eyes of the viewer" due to him being the character that "made sense for this particular show" and the longstanding relationship he shared with Captain America in the mainstream comics. Joe Quesada later revealed that the crew is mostly focused on the interaction and dynamic between the lead characters, and that Loeb and Quesada both work on the scripts with the writers. In terms of story and cinematography, the series is not being directed as an animated series, but more along the lines of a live action movie.

Eric Radomsky was put in charge of production, on grounds that he was present whenever there was a significant leap in animation, such as Batman: The Animated Series.[13]

The show was first revealed to the public in a teaser reel at San Diego Comic-Con International 2012. Loeb took on some internet rumors regrading Avengers Assemble and The Avengers: Earth's Mightiest Heroes, he said said of the relationship between the two shows, "We're not in any way saying Earth's Mightiest Heroes never happened. You will see an epic conclusion. And then you'll say, 'Oh, what's next?'."[14] Later that year at New York Comic Con, the identities of most of the main cast were revealed.[15]

Early statements made by Jeph Loeb insisted that the series would have some sort of connection with Avengers: Earth's Mightiest Heroes. ComicBookMovie.com initially chose to report it as meaning that Assemble would be a continuation of Earth's Mightiest Heroes,[16] but later, while interviewing Joe Kelly and Steven T. Seagle, asked for clarification over the confusion the statement had caused, and received only a non-committal response.[17] A majority of fans believe the series will coincide with the Ultimate Spider-Man universe, along with Hulk and the Agents of S.M.A.S.H., seeing as characters have been played by the same voice actors.

A different notion is that the series will be connected with the Marvel Cinematic Universe. In the interview with Loeb in TV Guide, the head of television stated that the series would closely echo the tone and feel of the 2012 The Avengers film. "The Avengers movie has been the ambassador to the world for the Marvel Universe so we want a show that has the feel and the tone and the incredible adventures like that movie", said Loeb. "So the next project that we're working on and this is down in our lab, top secret, with the S.H.I.E.L.D. agents protecting us at all costs is Marvel’s Avengers Assemble, which will be a brand new and really extraordinary looking animated series dealing with the Avengers in that same world."[1] Although many fans have come to the conclusion that Assemble is not a continuation of the Earth's Mightiest Heroes series, despite the producers being a bit coy on the subject.

Later, Loeb and Seagle clarified that there was no definitive continuity for Avengers Assemble; a statement possibly employed to avoid any true confirmation on the exact continuity of the show.[18] 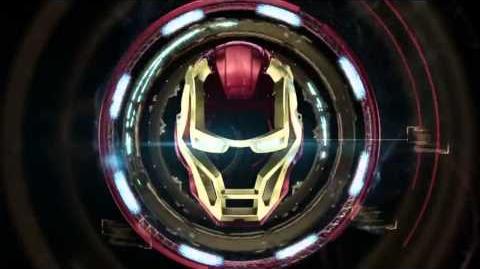 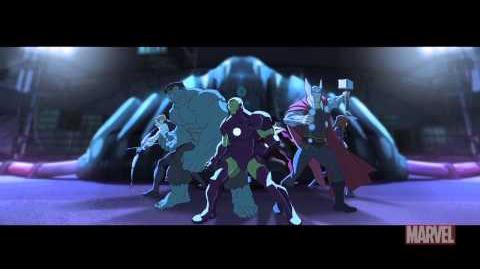 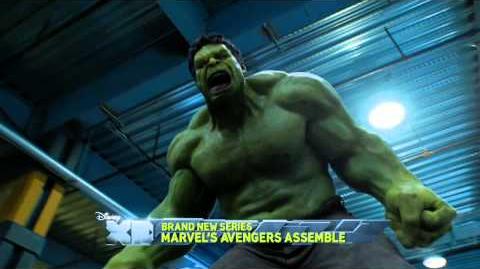 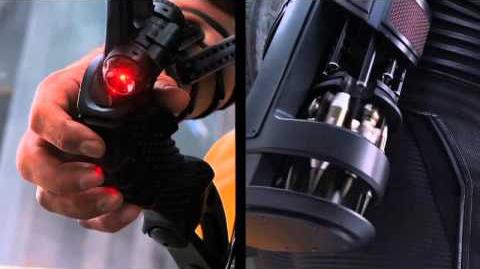 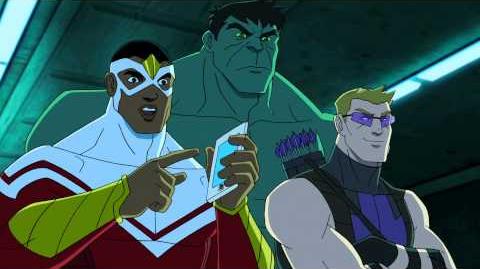 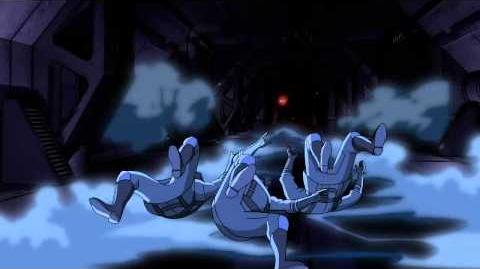 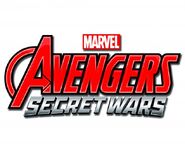 Secret Wars
Add an image to this gallery 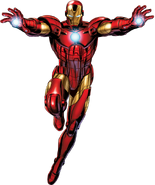 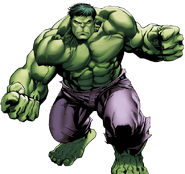 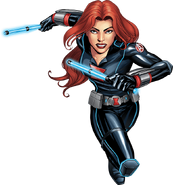 Nick Fury.
Add an image to this gallery
Retrieved from "https://avengersassemble.fandom.com/wiki/Avengers_Assemble?oldid=12654"
Community content is available under CC-BY-SA unless otherwise noted.